21 DAYS OF PRAYER AND FASTING

Every January, we spend a period of 21 days of prayer and fasting to seek God’s will and blessing on our lives and ministry. We encourage you to also spend time drawing closer to God this month for your own life, and to remember us in your prayers.  Our primary focus, as you know, is evangelism and church planting in the city of Sarajevo and in the nation of Bosnia and Herzegovina. This week we had an opportunity open for us that we feel is prophetic, which we wish to share with you:

For the first time in Bosnian history, the Serbian Orthodox Christmas was celebrated with a special reception at the Presidential Palace in Sarajevo on Monday evening, January 5th. Bosnia and Herzegovina is led by three presidents, each representing one of the nation’s three main ethnic groups (Serb, Muslim and Croat). The reception was hosted by the presiding president, Mladen Ivanić, who represents the Bosnian Serb population. Attending the reception were many ambassadors and Bosnian political leaders who heard President Ivanić emphasized the message of love for one another through the Christmas Story. The Lord provided the opportunity for us to attend this private reception and we took the opportunity to present President Ivanić with a new Gideon pocket size edition of the New Testament (in the Serbian Cyrillic translation). President Ivanić expressed his appreciation for the gift and for our commitment to continually pray for him and the nation. We gave the former Bosnian ambassador to France a Gideon New Testament, also. The evening provided the opportunity for us to meet several other people of influence, including Bakir Izetbegović, the Bosnian president representing the Muslim population. He joked with us saying, “You know, Bosnia is such a rich country we can have three presidents!”. 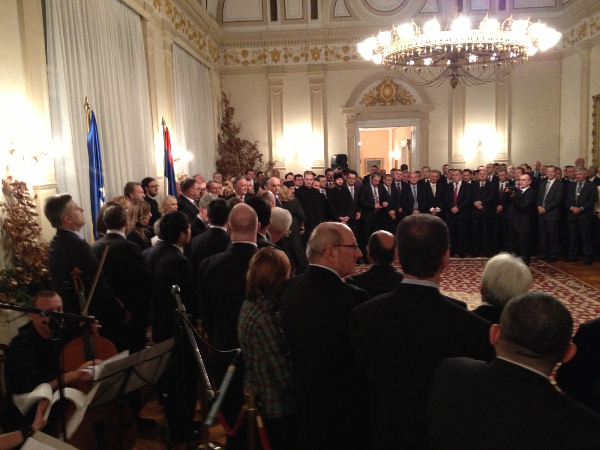 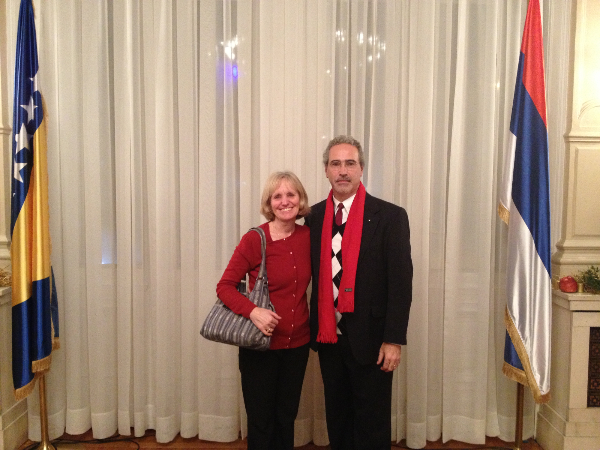 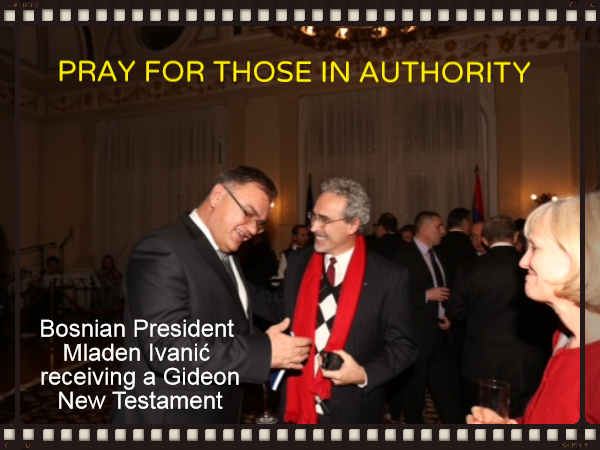