June 28th at 11 am, marked the 100th anniversary of an event that led to the start of World War I, forever changing the face of Europe and the world. In 1914, the heir to the Austrian-Hungarian Empire, Archduke Francis Ferdinand and his pregnant wife Sofia, were both shot and killed as their open-air car they rode in stalled at a Sarajevo street corner. We stood on that very spot, precisely 100 years later to the second – as international reporters and visitors from around the world questioned us about the meaning of the ‘LION flag’ – we were able to share the Gospel of the LION of Judah with many.

We proceeded to Sebilj (pictured at the top of the page), the water fountain at the heart of Sarajevo’s Old City, where we prayed, praised and proclaimed God’s promises for the city. From there we started our Jesus March down the main walking street all the way to the federal parliament. Along the way we prayed at the point where the Eastern and Western cultures meet in the city.

We were thankful for the 62 participants, representing more than a dozen nations, that gave themselves to intense intercession for Sarajevo. The unity of heart and mind was evident as participants divided into groups and walked for many hours over two days throughout the Old City. Also, we were very blessed for the partnership with Tomislav and Lidija Dobutovic, pastors of the Baptist Church, in hosting the conference at their wonderful location. Several other local pastors and ministry leaders showed support by their attendance of the conference. Henning Schikora, the founder and director of Operation Capitals of Europe, gave very prophetic insights as he led the conference.

Please continue to keep in prayer our Pofalici campus, which meets Sunday evenings at the Lighthouse (pro-life center). This past Sunday we enjoyed fellowship with a cookout and then had a tremendous time of receiving prophetic Biblical teaching from Natasha Grbich, from South Africa. She had attended the OCE Prayer Conference and was able to stay a few extra days to be with us. 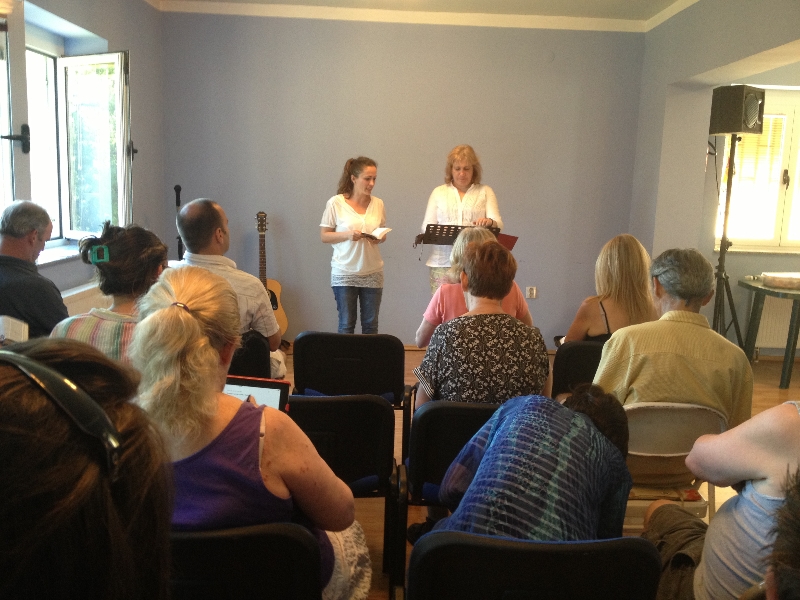